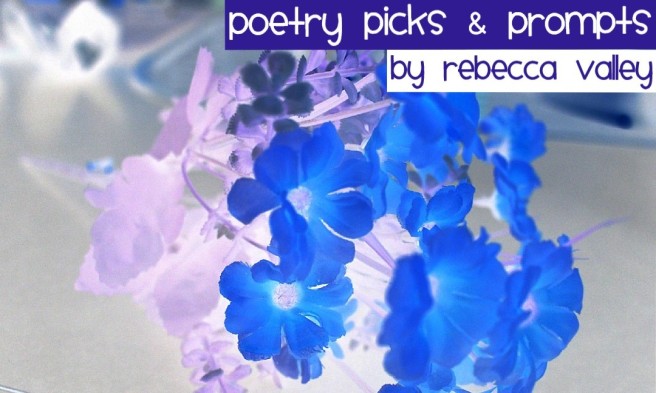 For the new year, I’ve decided to change my focus for this column. I’ve decided to narrow my scope, and delve more deeply into one literary magazine each month; I want to explore the content that these magazines publish, but even more than that I want to talk about what they stand for, their mission, and the contributions they are making as a whole to the world of poetry publishing. Lit mags – and the often unpaid, hardworking editorial staff that keep them running – play a huge role in determining the future of contemporary poetry, and are the loud voices that help keep poetry alive and relevant in America and beyond. I want to pay homage to that effort, in this small way, and to help connect our readership with the vast network of literary magazines around the world.

This month, I’m featuring Duende, the literary magazine run by Goddard College’s BFA program. I love lit mags that are run by undergraduate students because the staff is always changing, which allows the magazine to change and make itself new with each turnover of the academic year. The magazine is named after Fredrico Garcia Lorca’s Theory and Play of the Duende – in the essay Lorca argues not for a poetry of angels or muses, but for one that comes from the soles of the feet, from the earth, from mortality and survival and the looming figure of death. The editorial staff describe their preferences in beautiful abstraction: “Duende tastes good on the tongue and caresses the ear. Duende seeks authenticity & soulfulness, earthiness & expressiveness, a chill up the spine. It encompasses darkness and intensity; elicits sorrow and joy; wrests a response from the body.” Duende promises earthy, real, expressive writing and that is precisely what the magazine provides, with both novice and experienced contributors and a submission policy that encourages those often ignored by “literary gatekeepers;” the “true beauty and diversity of the U.S. literary ecosystem … from writers and artists who are queer, of color, differently abled, immigrant, working class, youth, elder…” to put their work up for the editor’s consideration.

Without further ado, two poems from Duende, and a prompt inspired by the magazine’s namesake:

Veteran experimental poet C.A. Conrad hit me over the head again with his sharp, evocative lines in these poems from his collection Width of a Witch. You can see what I mean most clearly in Pluto.4, which I’ve transcribed below (pardon the poor formatting here — see the poem as Conrad meant it on Duende‘s site):

Caitlin Cundiff’s first poem, “A Private Viewing,” struck me from the first stanza. She writes about her grandmother’s body beautifully, with a kind of authenticity and imagination that reads like a daydream, but the kind that bowls you over, that doesn’t pass easily from the brain. The first stanza is below; I hope it leads you, as it did me, into the rest of this beautiful poem.

The flowerbeds by the front door were Ima’s only children.
She crushed up her bones with a mortar and pestle
to put in the soil as if she expected her kneecaps
to bloom again.

Write a poem from the soles of your feet. Write from the center of the earth. In short, write a duende poem. Lorca talks about tango and bull-fighting in his essay about this form of poetics – what is your bullfight? Your tango? Write about a moment charged with energy, fear, lust, the raw feeling of being alive. Then, if you are feeling inspired, try to write the same poem again from Lorca’s other modalities – the muse and the angel.

View all posts by Rebecca Valley